Ron Carúpano, the most awarded Venezuelan rum in The Rum & Cachaça Masters 2022 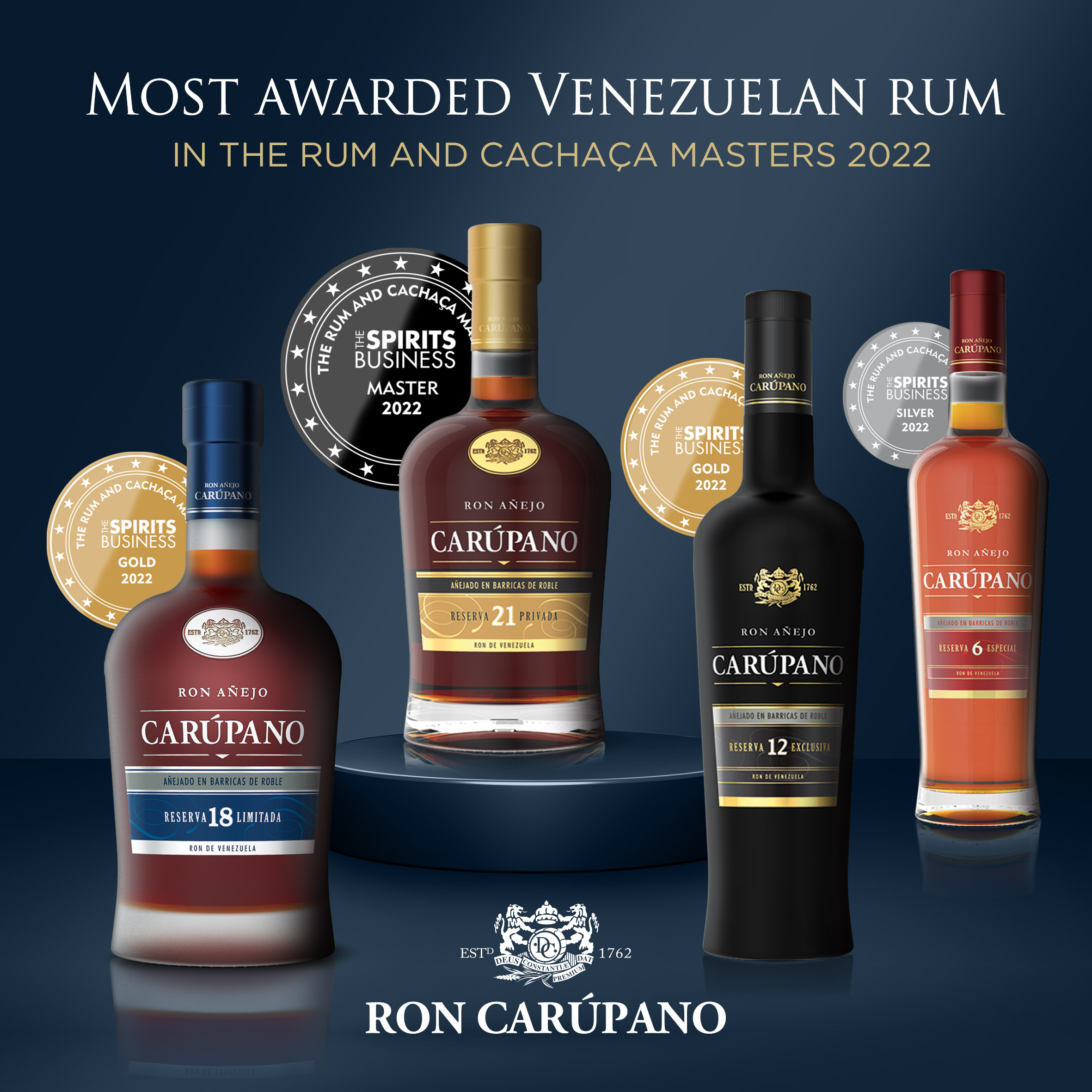 Caracas, March 3rd.o. The Rum & Cachaça Masters 2022 competition held in London this past February, was the perfect scenario for Ron Carúpano to once again place the name of Venezuela on the very top, receiving four medals and becoming the most awarded Venezuelan rum of the competition.

Ron Carúpano's commercial portfolio is the best example of the positive valuation and recognition of the highest quality that Venezuelan rum represents today. In the competition, Ron Carúpano was awarded four medals, including the Master medal for Ron Carúpano 21, distinguished by the judge Jo Killoughery, who noted: "Ron Carúpano 21 won the Master award for its strong but very well achieved character".

Ron Carúpano once again elevated the name of Venezuelan rum by winning four of the eight awards given to national brands, competing directly with two of them in the categories of Premium and Ultra-Premium rums.

This contest, part of The Spirits Business platform, hosted more than 200 brands and 87 companies from all over the world, breaking participation records and raising the bar for the judges who blindly evaluated the competing products.

The organizers highlighted the increased attendance of different rum brands worldwide, "Rum has been a major topic of conversation in the industry for many years, as it has made significant strides in rewarding and increasing its quality offerings," they stated in the event's official press release.

260 YEARS TRANSLATED INTO THE HIGHEST QUALITY

In 2022, the brand celebrates its 260th anniversary, which translates into tradition and Rum Mastery, reflected in more than 50 awards Ron Carúpano has won throughout its history.

"Ron Carúpano represents tradition, culture, and Venezuelan pride. It is 260 years of rum mastery embodied in a history that continues to fill us with impetus with each achievement. We are a brand with a luxury product that enhances our country and is a fundamental part of our identity," said Lucía Alliegro, Marketing Director of Ron Carúpano.

To learn more about Ron Carúpano, its history, and awards, visit www.roncarupano.com and @roncarupano on all Social Media Networks.

Destilería Carúpano promotes alcohol consumption for those of drinking age only.